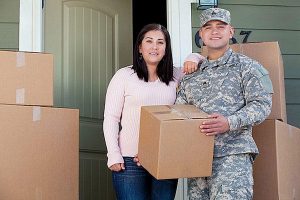 Permanent change of station (PCS) is military jargon for “moving.” How you get your stuff from one corner of the country or world to another depends on where you are headed and what kind of move you want to do.

For contiguous United States moves, known as CONUS (aka the lower 48 states), you have several moving options. You can select a personally procured (also known as do-it-yourself or DITY) move, for which the military will reimburse you through a complicated calculation that doesn’t always seem entirely accurate. You also can select to let military orchestrate and conduct your pack out and move through teams of packers and movers. Or you can do a combination of those two things called a “partial DITY” in which you are reimbursed for moving some of your own items while allowing military-hired movers to do the rest.

You can learn more about personally procured moves here and read some great tips for making it go smoothly here. Or, if you’re going to allow the military to move some or all of your household goods, you can learn about that process here. 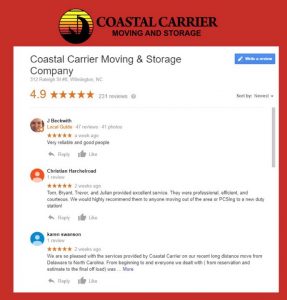 For overseas moves, known as OCONUS (including Hawaii and Alaska and U.S. territories that aren’t part of the lower 48), things get a little less complicated in some ways, and a little more complicated in others.

Since there are tighter restrictions on how much stuff you can take with you, the military will pay for you to put some of your belongings in storage while also paying to ship the rest of them. It’ll also pay for you to ship one car overseas. It won’t, however, pay for you to move your pet, and there are some other considerations with moving pets, as well.

Moving overseas can be daunting and scary, but these two sets of tips here and here should make it a little bit easier.

Getting ready for your first PCS? These eight tips may be just what you need. 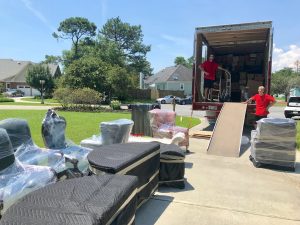 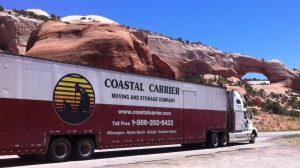 Military.com estimates that during a Permanent Change of Station — or PCS — servicemembers spend an average of $1,725 in non-reimbursable costs. When you consider that most military personnel make PCS moves about every two to four years, that adds up to a substantial amount of money. Here are some tips to make sure you don’t pay more than you have to, and ways to limit the financial worry and stress associated with PCS.

To minimize your exposure in a move, you must understand what the military and Uncle Sam will cover. This topic is too complex and varied to cover just in this column, so we’ll focus on the big items here. But anyone facing a PCS move should consult with their military branch or base transportation and finance resources to determine the full extent of the government’s reimbursable expenses.

Your move will generally be handled by the Transportation Management Office (TMO) or as a Do It Yourself Move (DITY). If you work through the TMO, they will plan a move using a relocation company, removing much of the worry and stress.

However, while a DITY move makes you responsible for coordination, it also offers an opportunity to make some extra money. In a DITY move, the government will reimburse you 95% of what it would cost them to move up to your maximum authorized weight allowance (determined by pay grades and dependents) and supply $25,000 of insurance coverage. In some cases, they will even prepay some of this money. If you plan well and spend less than the government’s payout, you can keep the difference.

Give Coastal Carrier Moving & Storage a call to speak to a relocation specialist about a PCS, residential move or our climate-controlled storage options and get a free in home estimate at 1-866-392-5422 or for more information visit our website at www.coastalcarrier.com.

Get A Free Estimate
Fill out the form or call 866-392-5422 to get your free moving estimate in one business day!